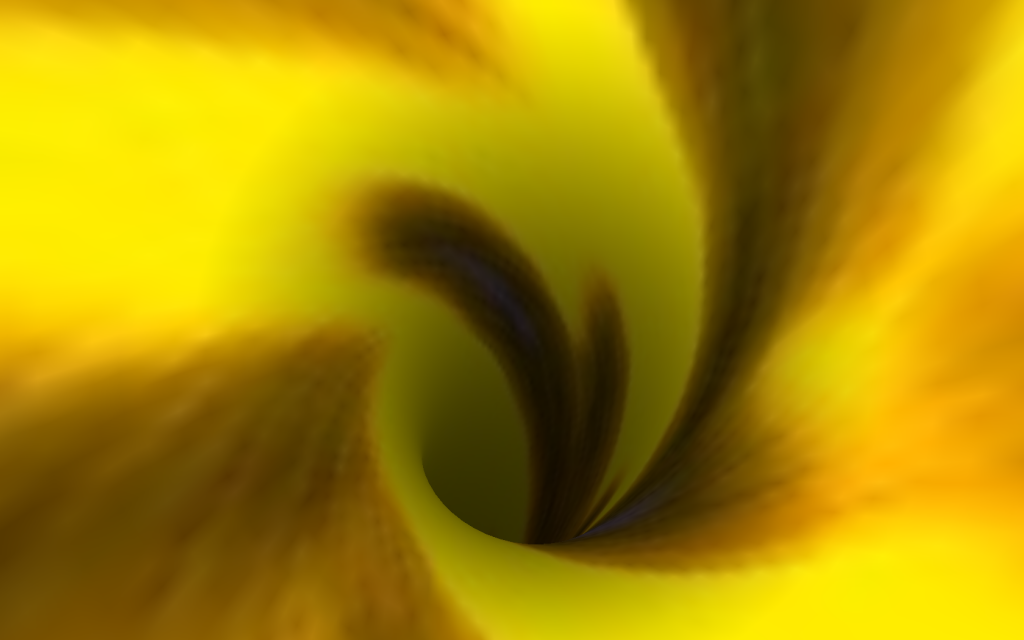 High temperature superconductivity of cuprates is one of the greatest challenges in many-body quantum physics. Since their discovery in 1986, the field of condensed matter physics has been flooded with an enormous number of new ideas, theoretical and experimental techniques. While the superconducting phenomenology in cuprates has been understood very well, the origin of superconductivity is still mysterious. It is believed that the secret to high temperature superconductivity is hidden in the strong correlations that electrons experience in the so called “normal” and “pseudogap” states. Several experimental and theoretical developments suggested that certain aspects of pseudogap dynamics may result from a quantum liquid state of vortices that destroy the long-range phase coherence of robust Cooper pairs. This picture emphasizes a sharp contrast to the famous microscopic BCS theory of conventional (low temperature) superconductors, where superconductivity is lost when Cooper pairs unbind.

We have shown that vortices in high-temperature superconductors experience strong quantum fluctuations, and hence can indeed drive a phase transition to the “normal” phase. Furthermore, vortex quantum fluctuations can qualitatively explain a range of observed phenomena in cuprates that do not fit any conventional paradigm, including checkerboard density-wave patterns in the “normal” state, and the structure of vortex cores. Finally, in d-wave superconductors we found novel forces between vortices that are mediated by nodal quasiparticles. This may be important for the physics of vortex lattices and liquids.

The Importance of Vortices

After more than twenty years of extensive research, much about cuprate high-temperature superconductors is still poorly understood, especially regarding the microscopic mechanism behind the occurrence and destruction of superconductivity. There are strong indications that vortices play a crucial role in the superconducting phase transitions of cuprates. The most direct indications of this are Nernst effect measurements, where a large Nernst signal has been attributed to a thermally generated drift of vortices, even in the absence of superconductivity in the underdoped region at low temperatures. Indirect indications are ample and come from theoretical models that can qualitatively explain a range of seemingly disconnected phenomena observed in cuprates, including the Nernst effect, checkerboard patterns of the “normal” phase, and unusual structure of vortex cores seen by scanning tunneling spectroscopy (STM). These theories rely on the premise that vortices experience strong quantum fluctuations, and drive phase transitions from a superconductor to a “normal” phase, where Cooper pairs essentially survive as low-energy bosonic degrees of freedom but loose long-range phase coherence.

The vortices of conventional superconductors are best described as large heavy objects, essentially subject to classical dynamics. This is mainly due to a large number of quasiparticle states localized inside a vortex core, which contribute to a very large vortex effective mass and friction. In d-wave superconductors the vortex core structure is fundamentally different, but the semi-classical analysis still predicts that the effective vortex mass is large, and even infra-red divergent.

My collaboration with Professor Subir Sachdev has significantly advanced our understanding of the mutual influence of quasiparticles and vortices in d-wave superconductors. In the superconducting phase, this interaction is captured well by the phenomenological d-wave Bogoliubov-de Gennes model, where a vortex is represented by the phase winding of the complex gap function. The crucial aspect of d-wave pairing is the existence of nodal directions in the momentum space along which the pairing gap vanishes. This property of the gap results in gapless nodal quasiparticles, and hence in the inability of vortices to bind quasiparticles to their cores. Therefore, the scattering of extended quasiparticles on vortices plays the main role in the vortex dynamics of cuprates. The quasiparticle quantum coherence is essential for two reasons, especially in underdoped cuprates at low temperatures. First, the vortex core size in cuprates (coherence length) measures only a few lattice spacings. Second, the low energy quasiparticles are gapless Dirac fermions whose lack of an intrinsic scale turns them into a quantum critical system and invalidates the semi-classical approach.

In this picture, the virtual transitions between quasiparticle states caused by vortex motion are responsible for renormalization of the parameters that specify vortex dynamics. Taking into account the quantum coherence of gapless Dirac fermions, we calculated the effective vortex action and arrived at two essential conclusions: 1) the quasiparticle contribution to the effective vortex mass is equal to only a few electron masses; 2) in ideal circumstances at zero temperature, nodal quasiparticles give rise only to a universal super-Ohmic damping of vortex motion (cubic in frequency). In order for vortex damping to be more important than inertia, a low energy scale must be provided by finite temperature, disorder, or Zeeman fields; the Ohmic (Bardeen-Stephen-like) friction coefficient is then proportional to that energy scale squared. Therefore, d-wave vortices are much lighter and less damped than their counterparts in conventional s-wave superconductors. These conclusions support the notion that quantum fluctuations of vortices can drive the superconducting phase transitions in cuprates.

Having a microscopic theory of vortex dynamics in d-wave superconductors, which supports the view of vortices as quantum objects, allows the exploration of the opposite problem: how the vortex quantum motion affects quasiparticles. The simplest situation involves a single vortex that executes zero-point quantum oscillations in a local trap created by the vortex lattice, or by a pinning impurity. We discovered that a sub-gap peak in the local density of states (LDOS), observed in several materials by STM near the vortex cores, can be naturally explained as arising from the resonant scattering of quasiparticles on a quantum fluctuating vortex. Unlike the self-consistent BCS-type calculations, our calculations correctly predict the absence of a zero-energy peak in LDOS, resulting from the vortex zero-point quantum motion. The absence of such zero-energy peaks in experimental observations indirectly confirms the quantum dynamics of vortices in underdoped cuprates.

With closer scrutiny we also found additional features in the LDOS, which may be too small to resolve through noise in present-day experiments, but whose positions reflect the discrete spectrum of a trapped vortex. If these features could be resolved, we would be able to independently measure both the effective vortex mass and the vortex trapping potential in experiments.

An interesting discovery deriving from my work is that there are novel forces between vortices in d-wave superconductors, which are mediated by the gapless nodal quasiparticles. Together with the well known Magnus (or Lorentz) forces, these interactions may have an important imprint on the properties of vortex lattices and the “normal” phase of cuprates.

These new interactions between vortices originate in the Doppler shifts of gapless quasiparticle spectra caused by vortex supercurrents. They are not only sensitive to the magnetic field (vortex density), but also to the spatial orientation of the interacting vortices with respect to nodal directions. Therefore, the influence of quasiparticles on the dynamics of vortex lattices can emerge in several experimentally verifiable situations. The first effect is the dependence of the effective vortex mass and other dynamical parameters on the external magnetic field. According to the model of quantum fluctuating vortices, the apparent vortex size in STM measurements reflects the spatial amplitude of vortex zero-point quantum oscillations. Therefore, the measured vortex size can be used to estimate the vortex mass, explore its dependence on the magnetic field, and compare it with calculations. The second effect is the dependence of the vortex lattice phonon modes on the orientation of the vortex lattice with respect to the substrate. A tendency of the vortex lattice to assume a specific orientation with respect to the substrate can result from quantum and thermal vortex fluctuations. Such a tendency would be a unique property of d-wave superconductors, caused by the gapless and anisotropic features of the quasiparticle spectrum.

The quasiparticle mediated forces between vortices in d-wave superconductors possess the distinctive feature that two vortices scattering off each other can dissipate some of their kinetic energy to quasiparticles. The consequences of these novel forces for vortex scattering have not yet been explored. One can expect that this kind of inter-vortex scattering would be imprinted on the transport properties of the “normal” state vortex liquid, such as the temperature and magnetic field dependence of resistivity due to quasiparticles and flux-flow.