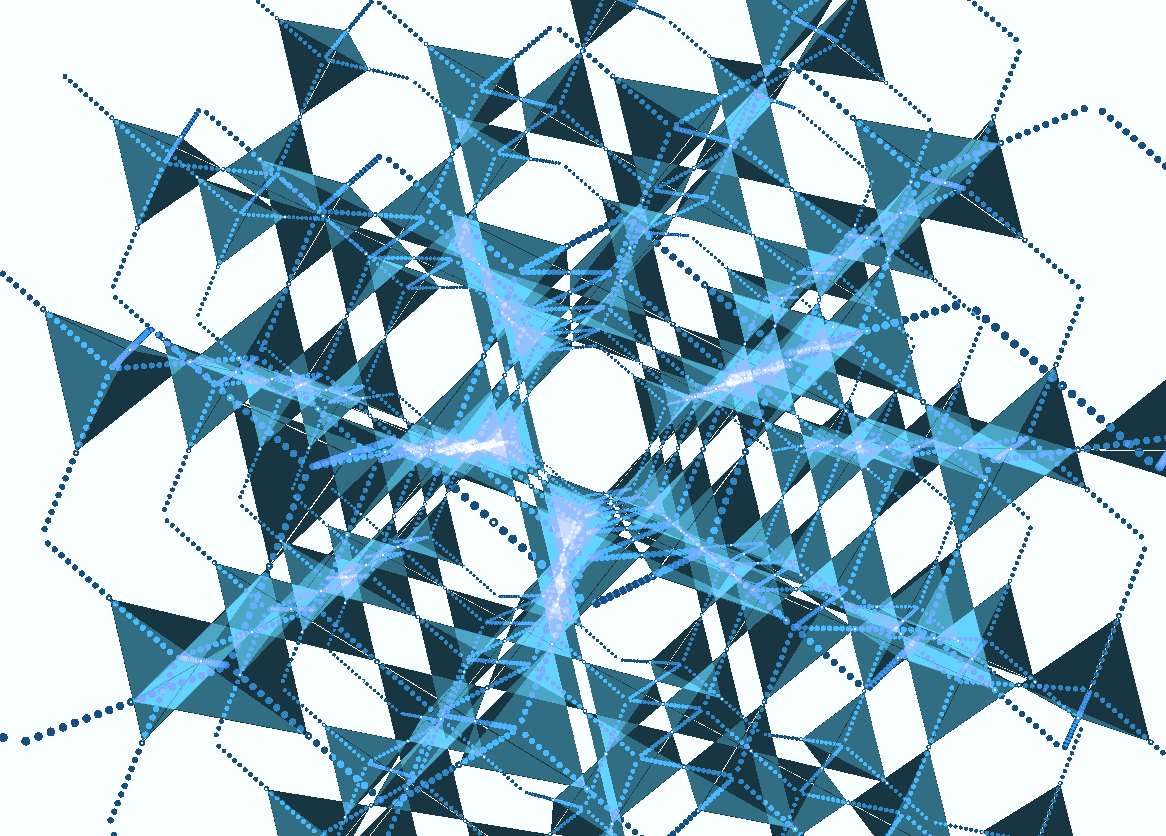 Traditionally, understanding the microscopic constituents of physical systems has been considered fundamental. However, a relatively recent realization in physics is that another equally fundamental question exists: what kind of phenomena can emerge in physical systems as a collective effect of many interacting microscopic constituents? A variety of existing phases of matter (crystals, magnets, superconductors), and complex phenomena such as life, provide ample support for this view.

At the frontier of our efforts to understand collective phenomena is the search for unconventional phases of matter. Many ideas for exotic phases shaped by strong quantum fluctuations have been explored in recent years, motivated by the difficulty of explaining various strongly correlated materials, such as cuprates and heavy fermion systems. Perhaps the most promising platform for characterizing and observing such phases are geometrically frustrated quantum magnets.

My work in the field of frustrated magnets has relied mostly on novel theoretical methods, which focused on the physical understanding of phenomena, rather than on quantitative descriptions (available only through state-of-art numerics).

Conventional many-body physical systems have a stable lowest-energy state that is directly determined by interactions between their elementary constituents. For example, antiferromagnets on bipartite lattices are long-range ordered in a pattern of alternating magnetic moments (spins), because the nearest-neighbor interactions favor oppositely oriented moments. Such ordering possesses a certain amount of robustness against thermal or quantum fluctuations. However, there are materials in which the local interactions are frustrated, so that there is no obvious long-range order that minimizes energy. Instead, a macroscopically large number of different arrangements of spins naively appear to minimize energy, leading to a massive degeneracy. Such frustrated magnets are typically based on lattices with triangular plaquettes. Even very small quantum and thermal fluctuations dramatically lift the naive degeneracy, and often lead to very unconventional phases of matter.

Perhaps the most frequent consequence of frustration is “order-by-disorder”. The massively degenerate naive low-energy states are disordered, but fluctuations entropically select some ordered state as they lift the degeneracy. The resulting true spectrum may have a ground-state with finite degeneracy (which corresponds to a spontaneously broken symmetry) and excitations that may be characterized by an energy scale much smaller than the apparent natural scale of the system. However, the most exotic possibility is the complete lifting of the degeneracy by quantum fluctuations to a unique disordered ground-state. The resulting “spin liquid” phase is characterized by topological order, which cannot be identified by any local probe.

It is believed that the physics of frustration in general is a useful way of approaching many unsolved problems in condensed matter physics. For example, the notion of “competing orders” in the “pseudo-gap” region of cuprates is essentially a matter of frustration, and there are several attempts to understand the non-Fermi liquid of the “pseudo-gap” as a spin liquid.

In collaboration with Prof. T.Senthil, I have theoretically analyzed the universal phases of the quantum Heisenberg model on the Kagome lattice, which has been also studied numerically and experimentally. This system is characterized by the absence of any observable long-range order at arbitrarily low temperatures, and the existence of a seemingly continuous band of gapless excitations that carry no magnetic moment (singlet excitations). Recent experiments also suggest the possibility that even magnetic (triplet) excitations may be gapless. Such a gapless spectrum is not easy to understand without the spontaneous breaking of a continuous symmetry.

Our analysis starts with the assumption that magnetic excitations are gapped. The low energy singlet sector below the spin gap can then be studied by an effective degenerate perturbation theory, which utilizes a Z2 gauge theory description of spin interactions. Two phases can be identified in general: 1) a fully gapped spin liquid, and 2) a valence-bond solid (VBS). The former case can be ruled out because the predicted singlet gap is large. However, the latter scenario is not inconsistent with present-day experiments and numerics, because it predicts an extremely small gap for singlet excitations. The small size of the gap is a consequence of a very large unit-cell (36 lattice sites).

It is very interesting to notice how reasonably simple microscopic models can produce very complex phases of matter, with features that resemble those of our real world. The phase depicted in the picture above can be viewed as a crystal of “atoms”, where each “star of David” can be regarded as an “atom” with its own internal structure and excitations. These “atom” constituents, and interactions between them that lead to crystalization, emerge almost mysteriously from a microscopic model whose elementary constituents (spins) are completely different. Other theories of Kagome antiferromagnets predict the emergence of gauge fields and effective electromagnetism. These interesting phenomena give rise to the idea that the world we live in is similarly emergent from a more microscopic realm that we are not aware of.

In addition to the isotropic Heisenberg model, we have also explored the quantum Ising model, and various other models with easy-axis anisotropy.

Prior to our work, the quantum Ising model in a transverse field has been studied only numerically, using Monte Carlo techniques. Our theoretical analysis has provided a complete physical understanding of this model and confirmed the numerical observations. No phase transitions occur in this model as the strength of the transversal field is varied. Hence, even though some order-by-disorder, or a spin liquid, could have been naively expected for small transverse fields, none was found, and the only possible phase in the absence of extra perturbations is a conventional disordered phase. However, our model also includes a class of other perturbations which can produce a non-trivial effect. We discovered that a sufficiently strong “ring-exchange” can produce a phase with the same symmetries as the one stabilized by a longitudinal (Zeeman) field at 1/3 of the fully-saturated magnetization.

The easy-axis spin models provide a different theoretical route to understanding the isotropic Heisenberg model. Using the methods of compact U(1) gauge theory, as in the quantum Ising model analysis, I discovered a fundamental difference between theories that preserve the U(1) spin symmetry, and those that do not. Unlike the latter class, any fully disordered phase in the former class is guaranteed to possess topological order and qualify as a spin liquid. The Kagome lattice, being very frustrated, allows quantum fluctuations to overcome tendency to order. It gives rise to a genuine spin liquid in a U(1) symmetric spin model (such as XXZ) for sufficiently strong ring-exchange and other perturbations. However, in the limit of weaker perturbations to the nearest-neighbor easy-axis interactions, there is a stable long-range ordered VBS phase in the models with spin U(1) symmetry. This phase, although described using different language, is consistent with the VBS order that we discovered in the isotropic Heisenberg model (depicted above). The models without the U(1) spin symmetry on the Kagome lattice, such as the transverse field quantum Ising models, do not have such a rich phase diagram and tend to support only a conventional disordered phase.